Last year, Liza became the first female director to be elected to the Welsh Rugby Union (WRU) Board in 138 years.

Now, in another landmark move, the former Wales captain, Wales assistant coach (forwards), Wales U20 head coach and Barbarians assistant coach has been elected as vice-chair of the Board, which runs Welsh rugby.

“I’m honoured to have been elected as vice-chair of the Welsh Rugby Union Board,” said Liza, a former Great Britain player who gained a then record 87 Wales caps.

“I have been extremely proud to serve on the Board as a director since my election last year. As vice-chair, I will do everything in my power to repay the trust and faith that has been shown in me to exercise my duties and responsibilities for the good of everyone involved in Welsh rugby.

“I look forward to continuing my new role alongside my existing duties at Hartpury where, as Senior Women’s Rugby Head Coach, I’m delighted to work with many promising student athletes and potential stars of the future.”

Students on the women’s rugby programme at Hartpury have access to a range of world class-facilities and top-level coaching.

Hartpury’s new £8.8 million Sports Academy includes a biomechanics laboratory, a rehabilitation suite featuring an anti-gravity treadmill, and a human performance laboratory with an altitude chamber, and a sports hall.

Many past and present members of the women’s rugby programme at Hartpury have gone on to play for its Allianz Premier 15s team Gloucester-Hartpury Women’s RFC – run in partnership with Gloucester Rugby – and gain international caps. 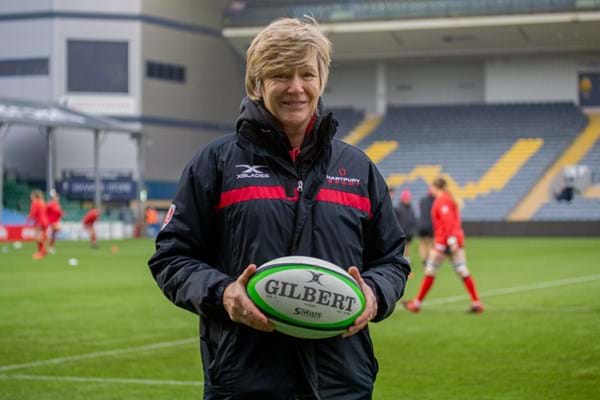