Holly Aitchison, Abi Burton and Alex Matthews comprise the rest of the large Hartpury contingent in the women’s 12-player squad.

Dan Norton, who won a silver medal at the 2016 Olympic Games in Rio, has an opportunity to add a gold medal to his collection after being named among the 12 players in the GB men’s sevens squad.

Tom Radcliffe, Director of Elite Sport at Hartpury, said: “Many congratulations to our magnificent seven former students who have been named in the men’s and women’s sevens squads for the upcoming Olympics.

“Like all her colleagues, I’m sure students who are coached and play alongside Natasha Hunt will be especially pleased that she has been selected and are excited about seeing her in action in Tokyo.

“Every one of the players will be excited about pulling on the Great Britain jersey and we’ll be cheering them on every step of the way, hoping they can bring back a famous medal.

“For so many players in the squads to have worked, studied and trained at Hartpury, like Natasha, is also a real testament to the success of our sports academy programmes and reflects the quality of our squads, coaches and staff in all areas.”

The men’s competition will take place from 26-28 July, with the women’s tournament following on 29-31 July. 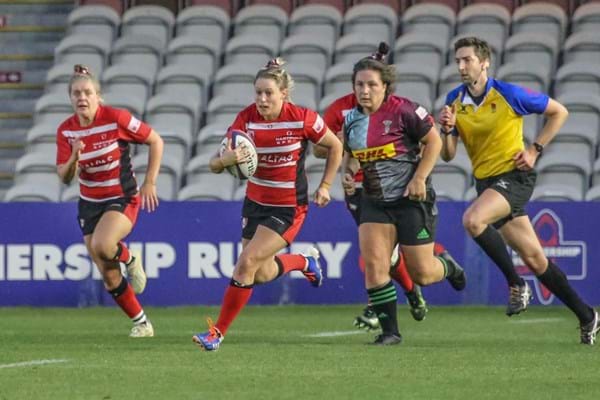