A study carried out by Hartpury University’s Animal & Agricultural Research Centre has delved into levels of animal attachment among zookeepers, uncovering notable differences between institutions and even genders.

The research was led by Vicky Melfi, Professor in Human-Animal Interactions at Hartpury University, and supported by fellow academics from institutions globally including the Toi Ohomai Institute of Technology in New Zealand, University of South Wales in Australia and Universities of Bolton, Chester and Nottingham Trent in the UK.

Researchers compared the strength of keeper-animal relationships. Using the Lexington Attachment to Pets Scale (LAPS), the keeper’s attachment towards their pets (PA) was compared with their attachment to the animals in their care in zoos (ZA). LAPS questionnaires were completed by 187 keepers in 19 different collections in the United Kingdom, Australia, and New Zealand.

The study found that pet attachment scores were comparable with those for the general public (in other studies), reflecting strong attachment of keepers to their pets. Notably, the relationship between a zookeeper and their animals varies significantly by institution, suggesting the influence of zoo culture. This is the first time zoo culture has been identified and appears to directly relate with how keepers report and/or feel they are attached to the animals they care for in zoos.

The results also showed that zoo attachment (and pet attachment) scores were higher in women compared to men, although no difference existed between species.

Prof Vicky Melfi explained: “Understanding what impacts keeper-animal relationships is essential, as they impact animal and human wellbeing, as well as the safety of the keepers themselves. By understanding what affects the relationship between keepers and their animals, collections can actively work to improve the welfare and wellbeing of the animals in their care while also improving overall job satisfaction among keepers.”

Hartpury students have multiple opportunities to get involved with the latest scientific research while studying one of the university’s diverse animal degrees, including an exciting BSc Zoology and BSc (Hons) Animal Behaviour and Welfare. Those interested in pursuing a greater understanding of the relationship between humans and animals might also be interested in the BSc (Hons) Human-Animal Interaction programme.

Hartpury is home to a 70-species animal collection, and its 360-hectare campus is ideal for wildlife conservation. As well as a Canine Hydrotherapy Centre and industry-standard laboratories, Hartpury’s ever expanding animal facilities provide plenty of opportunities for students to put their learning into practice and gain valuable experience for the future.

Postgraduate study at Hartpury provides an opportunity to explore these topics in even more detail, with students actively participating in live research projects that have a real-world impact. The MRes Anthrozoology assesses how humans and animals co-exist from a historic and contemporary perspective, potentially opening the door to further research in areas such as zookeeper-animal relationships. MSc Animal Welfare, Policy and Legislation, MRes Animal Science and MSc Applied Animal Behaviour and Welfare provide further options for those seeking out postgraduate animal study.

Survey results from the latest HESA Graduate Outcomes Survey 2021 show an impressive 96% of 2019 graduates from Hartpury progressed into employment, further study of other purposeful activity. 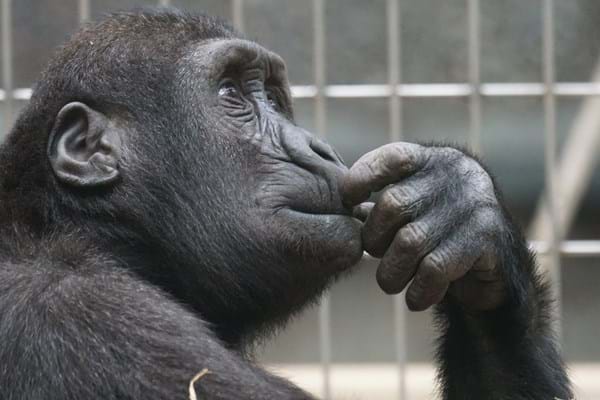