Hartpury’s Golf Academy is celebrating a string of successes after Eliot Baker’s win in the Exeter Invitational was backed up by a university team victory in the BUCS Western Tier 1 League for the second year running.

Eliot capped off an impressive run of form by winning the event at Saunton Golf Club where he led from start to finish to take his second victory of the year. His strong start to 2022 backs up an impressive 2021 in which he took the Midland Open in good style back in October. He joined MSc Sports Management student Reece Swain on the R&A Tour in Portugal in February and both players put in an outstanding performance at the BUCS English and Welsh Championship at the end of March. Eliot won the event while Reece finished in 4thplace.

Matt Ellis, Hartpury Golf Academy Manager and former touring professional golfer, said: “I’m delighted for Eliot and Reece on some outstanding individual performances alongside their invaluable contribution to our university team. Both players have put in many hours of work to improve their game and have worked hard with University Coach Tom Motley to reap these rewards. The future of the Hartpury Golf Academy looks particularly bright right now.”

Tom Motley, who was awarded the Professional Golfers’ Association’s (PGA) South West Region Coach of the Year last year, is part of an extensive support system within Hartpury’s Golf Academy that has helped players to record outstanding performers in recent seasons.

The Golf Academy university team will follow up a second consecutive win in the BUCS Western Tier 1 League by heading to their first National Trophy final on 27 April at Woodhall Spa, HQ for England Golf. They’ll then compete in the May play-offs to gain promotion for the Southern Premier League.

“Huge congratulations to our university team on winning the Western Tier 1 League for a second year running. The win is thoroughly deserved and testament to the hard work and commitment put in by each of them throughout their games,” added Matt.

Students from the Golf Academy have enjoyed several successes over recent seasons including the Junior European Open 2019, the British Schools and Colleges Ladies Open 2019 and a British Universities and Colleges Sport Golf league, as well as team and individual titles at the Intercollegiate Tour (ICT) finals and AoC Sport Championships. Over £10 million has been invested into the state-of-the-art sports facilities on campus, and golf students benefit from a 10-bay indoor range, a 5x4m indoor putting green, a USGA short-game area and an outdoor artificial putting green.

Students at both Hartpury University and Hartpury College can participate and compete in their chosen sport as part of Hartpury’s 10 competitive Sports Academies, a programme that has produced over 250 international athletes in the last 15 years. The dual programme enables students to train and play at a high level, whilst studying for high-quality academic courses ranging from college diplomas to undergraduate and postgraduate degrees. 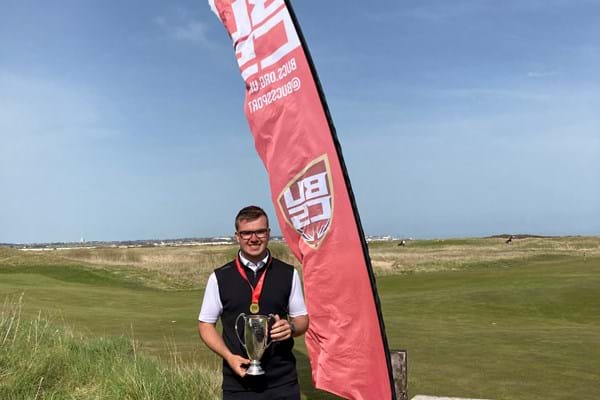