The NAF Five Star International Hartpury Horse Trials has become an important event in the calendar with many nations using the highest-level class (CCI4*S) as a viewing trial for future major championships. Course designer Eric Winter’s tendency to build a bold galloping track also makes it popular for those horses and riders with an entry at the upcoming Burghley International Horse Trials. More than 200 competitors headed to Gloucestershire to take on the ultimate test of horsemanship from 10-14 August.

Britain’s Piggy March, who won the NAF Magic CCI4*S with her former Badminton winner Vanir Kamira, was a popular winner this summer. The mare is now 17 years old and stormed around the track to notch up their first international win since Badminton in 2019.

Piggy said: “Vanir Kamira feels on great form at 17 and she means the world to her owner Trevor and I. The Hartpury event has grown over the last few years to be one of the best in the sport. There are fantastic arenas for dressage and jumping as well as strong courses with beautiful ground, backed up by a helpful, friendly team. It’s a pleasure to compete here and I look forward to coming back next year.”

With the exceptionally hot temperatures, a number of changes were made to the cross country course including shortening the length of the track and also implementing a cooling area in the shade of the trees – all welcomed by the riders.

China’s Alex Hua Tian, winner of the NAF Superflex CCI3*L, was another to pay tribute to the event’s organisation and response to the weather: “This week has been a very important box to tick for my horses ahead of next year’s postponed Asian Games in Hangzhou, China, and the qualification window for Paris 2024. On behalf of all the riders and horses, I would like to congratulate and thank the team at Hartpury for delivering unbelievable footing, the facilities for cooling and for making decisions based on scientific research available from the FEI.”

The other big class of the week, the NAF M Power CCI2*L, was won by Kitty King and RSH Monbeg Marshall.

In late July, the Gloucestershire campus welcomed 22 nations to compete in the FEI Dressage and Eventing European Championships for Young Riders and Juniors. The event was another huge success with many competitors and coaches from across the continent praising the smooth running of the event.

Team GB made it a golden summer, enjoying success on home soil with both the Young Rider and Junior eventing teams winning a gold medal. Isabelle Cook, daughter of event rider Tina Cook, also took an individual silver medal. Fellow Brit Alice Casburn also added another accolade to her CV after finishing 19th at Badminton, with an individual bronze in the young rider competition.

Britain’s junior riders also claimed a first dressage team bronze medal since 1998 and an individual bronze medal in dressage was the result of some outstanding performances from Annabelle Pidgley. The Brits didn’t have it all their own way with a dominant Team Germany taking nearly all the medals in offer in the Dressage European Championship.

The annual NAF Five Star Hartpury Festival of Dressage saw over 600 combinations compete in a jam-packed CDI and CPEDI (para dressage) schedule. Germany’s Kathleen Kroencke and San Royal took the biggest class of the week – the NAF Superflex CDI3* Grand Prix Freestyle, in front of a full crowd at Saturday’s Gala Evening. Young horse talent was once again in the Elite Stallions Young Horse Prix St Georges Championship with Charlotte Dujardin taking top honours aboard Alive and Kicking on a score of 79.166%.

Rosie Scott-Ward, Pro-Vice Chancellor at Hartpury University, said: “We’ve enjoyed a summer of world-class equestrian sport welcoming some of the finest horses and riders to compete here at Hartpury. There are so many highlights from the British team’s double gold in eventing at the European Championships through to Piggy March’s victory at the horse trials with a 17-year-old mare, and we’ll look back fondly on the last few weeks.

“We host events like these to ultimately benefit our students and staff. Attracting World, European and Olympic champions give our students a unique opportunity to be involved in all aspects of event management and to make those all-important connections. Sport teaches so many life lessons too, with the inevitable highs and lows along the way.

“I must thank our sponsors, notably NAF, whose generous support makes it possible for us to host events of this calibre. We’re immensely grateful to them as well as the officials and volunteers who play a vital role.”

The NAF Five Star Hartpury Festival of Dressage, Showjumping Spectacular and International Horse Trials will all return in summer 2023. 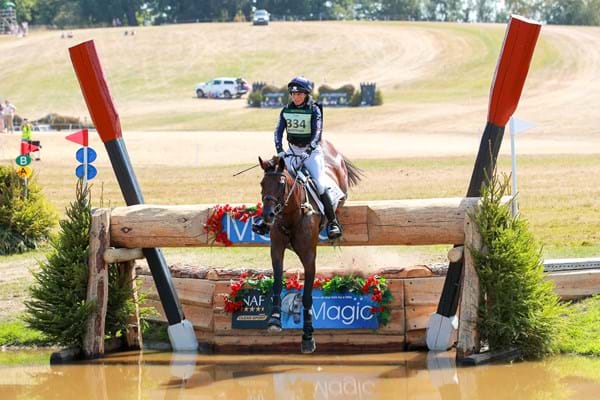