Hartpury University and Hartpury College will be well represented at the Women’s Rugby World Cup in New Zealand, when it gets underway on 8 October.

11 of the 32-player England squad have connections with Hartpury. Current Gloucester-Hartpury Women’s RFC players Zoe Aldcroft, Connie Powell, Alex Matthews and Tatyana Heard line up for the Red Roses, all of which are former Hartpury students. Maud Muir, who is employed as a scrum coach at Hartpury, will also play for England.

Wales open their Pool A campaign against Scotland on Sunday 9 October before facing hosts New Zealand on 16 October and then Australia six days later. England are drawn in Pool C with France, South Africa and Fiji - their first opponents on the tournament's opening day.

The 12-team tournament is split into three groups of four, with the top two from each pool and the leading two third-place sides qualifying for the quarterfinals. The World Cup begins in Auckland on 8 October with the final in the same city on 12 November.

Tom Radcliffe, Director of Elite Sport at Hartpury University and Hartpury College, said: “Once again, we’re delighted to see Gloucester-Hartpury players and former students competing on the world stage. The selection of players at the elite level consolidates our commitment to nurturing talent at Hartpury and repays the investment we’ve made into our facilities.

“Our academy set-up provides student athletes with a chance to study and play in an a professional environment, and our partnership between Hartpury and Gloucester Rugby offers an opportunity to break through into the realms of premiership rugby.

“These talented players are a constant reminder to our current students about what they can achieve if they set their minds to it. Good luck to them all.”

Hartpury gives talented young athletes the opportunity to develop their sporting potential whilst studying for their degree, through its 10 competitive Sports Academies. Significant investment in facilities was recognised at the WhatUni Student Choice Awards (WUSCAs) where the institution was ranked 3rd in the UK for Facilities, as well as 1st in the UK for Lecturers and Teaching Quality. 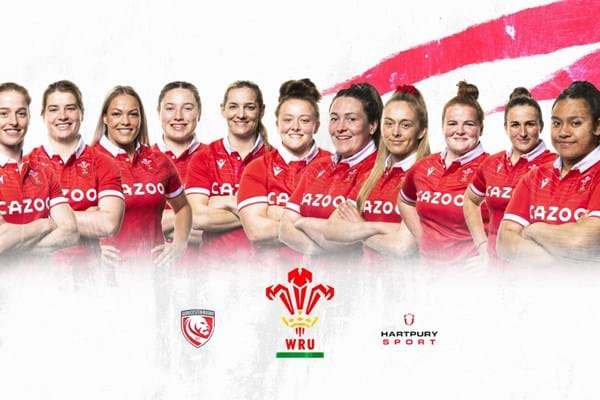