Paige Reed, a former Hartpury University and Hartpury College student, has been named in the England A squad that will compete in the upcoming Vitality Netball International Series with Jamaica.

As part of the Vitality Netball International Series with Jamaica, a series of curtain raiser games will take place involving an England A squad led by Kat Ratnapala. England A will take on the Scottish Thistles – a team England have drawn in their pool for the Netball World Cup next year – in Manchester on Wednesday 11 January. The England A team will also take on Wales and Jamaica in behind-closed-door-training matches on Sunday 8 and Monday 9 January

The Vitality Roses and Future Roses squads will also be in action. Starting on 11 January, the Vitality Roses, who have recently moved up to third in the world rankings, take on Commonwealth Games silver medallists Jamaica in a three-match series.

The series will get underway in Manchester at the AO Arena before the teams travel down to the Copper Box Arena in London for back-to-back games on Saturday 14 and Sunday 15 January.

Holly Duerden, Netball Academy Manager at Hartpury said: “We’re very excited for Paige who deserves her place in the squad for what looks like an epic series to start 2023. She’s always worked incredibly hard not only on her own preparation and performance, but also to be an outstanding team player, and this is clearly being rewarded with a place in the England A squad.”

England Netball’s Performance Director David Parsons explained: “We have great depth in talent across our national programmes and next month gives us the opportunity to expose more players in our pathway to the conditions of international netball. This will allow us to see more combinations on court, observe the development of our athletes and give our coaching team more time to work with a wider group of players as we continue to build towards the Netball World Cup and beyond.”

Hartpury’s Netball Academy is one of 10 competitive Sports Academies that provide talented and driven students with an opportunity to train and compete at an elite level, whilst also gaining a high-quality education – ranked sixth for teaching quality in the UK, and top in the South West, in The Times and The Sunday Times Good University Guide 2023. 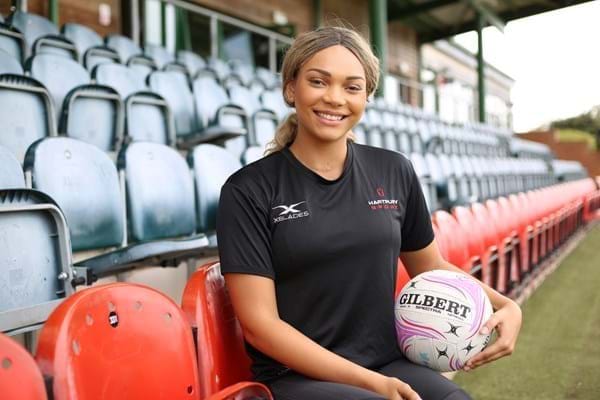