UWE Hartpury sealed a sixth appearance in the BUCS Championship Final at Twickenham after an impressive 31-14 victory over Loughborough University.

Gareth Thompson (pictured, top) struck Hartpury ahead on seven minutes with a monster 57-metre penalty after his opposite number Chris Surman had hooked a relatively straightforward effort a minute earlier.

Loughborough’s response was swift and Phil Watters wasted no time in awarding a penalty try as Hartpury dragged down a driving maul, which Surman converted.

Thompson reduced the deficit with a penalty before missing with two more attempts.

Winger Jack Wardle then paid the price for his team’s repeated infringements, with Jimmy Litchfield driven over for a converted try from a catch-and-drive almost immediately.

Hartpury grabbed a second seven-pointer from the kickoff as Ian Clark pounced on a speculative kick forward and set the platform for Tom Ailes to burrow over on the right.

The momentum was all with the hosts and their pack powered through the Loughborough scrum to earn a simple penalty for Thompson on the stroke of half-time.

The visitors started the second half brightly and saw plenty of the ball, but Hartpury defended resolutely to keep their opponents at bay.

Loughborough eventually broke through just before the hour when Tom James darted over at the side of a ruck and Surman kicked the extras, only for Craig Jackson to slot another penalty from the restart.

Mark Harrison’s five-pointer 14 minutes from time all but secured a Hartpury victory, with the replacement winger scampering over out wide following superb phase play from a lineout.

The away side continued to battle for pride while the hosts rang the changes, but they were met with a red and black wall time and time again as Hartpury showed abundant desire in defence.

The visitors could not find a way through, however, and Hartpury held firm to progress safely through to next Friday’s final against Leeds Metropolitan, who beat Exeter 42-18 in Yorkshire.

Hartpury would like to thank Loughborough for an excellent match and wish them well for the rest of the season.

The BUCS Championship Final against Leeds Met will take place at Twickenham on Friday 28th March, 7.30pm KO. Tickets, priced at £10, are available online through the RFU ticketing website:

Tickets will also be available at the stadium on the day.

The RFC also have a huge game at second-placed Canterbury that Saturday, so why not make a weekend of it? Everyone involved with Hartpury College Rugby will greatly appreciate all support for both games. 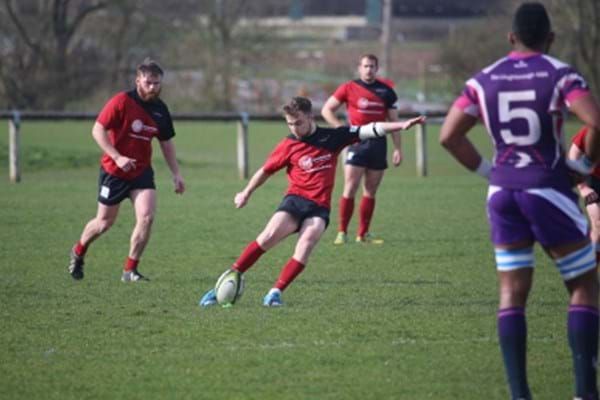