Hartpury’s junior football squad will lock horns with Gateshead College again this week, bidding to turn the tables on their northern adversaries.

Having tasted defeat at the hands of Gateshead in the ECFA Premier Cup final recently, Paul Tassell’s team now have the chance to exact revenge in the English Colleges FA national play-off final on Wednesday, May 14th at the Britannia Stadium (10.30am kick-off).

Hartpury secured their berth in the final with victory against Myerscough and the Football Academy of Bisham in the quarter-final and semi-final play-off stages respectively.

With both Hartpury and Gateshead finishing top of their respective leagues, the final at the home of Premier League side Stoke City promises to be an exciting and entertaining affair.

Hartpury junior football coach, Paul Tassell, said: “This is the most prestigious final in college football and it’s fantastic to have the opportunity to compete in it.

“We have shown great character and quality to get to the final after some really solid performances in the league and the earlier play-off rounds. The amount of hard work the players and staff have put in throughout the season has paid off and that’s great for everyone involved at Hartpury.

“It will be a fantastic occasion and just reward for all their efforts. We’ve got a full strength squad to choose from and the lads are determined to put in a performance that will do their college proud.

“We have the opportunity to yet again set our stall out as the ‘best’ sporting college in the country by winning this title and I know the players can’t wait to fly the flag for Hartpury.” 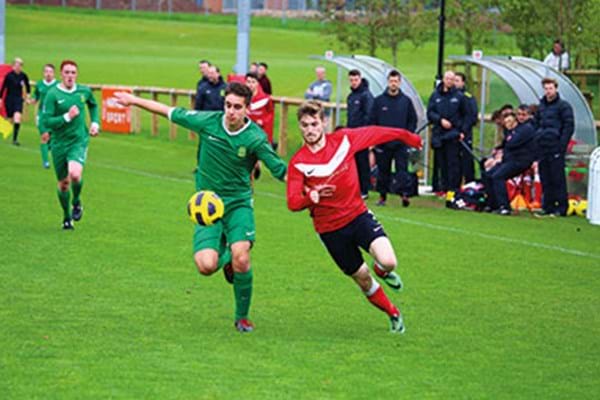