Former Hartpury student Jamie Dick cemented his place as one of Europe’s top young golfers with a fourth place finish at the England Under-18s Championships.

The 18-year-old graduate from Wales currently sits eighth on the list of Under-18s golfers from across the continent after rounds of 70, 74, 80 and 74 saw him finish six shots off the lead at Moor Park.

Jamie was close to the top of the leaderboard after his opening two rounds before an uncharacteristic 80 in round three pushed him down the rankings. Despite this, a low round of 70 in the final 18 holes was enough to secure him a fourth placed finish.

The Forest Hills Golf Club member was joined by several other current and former Hartpury students at the tournament, including Joe Harvey who finished 19th out of 132 entrants. Finishing just five shots shy of Dick’s score, first year golf student Harvey secured a top 20 place and ended as the joint 13th best English player on show at the tournament.

Hartpury’s golf academy manager, Rich King, said: “It was another great performance by both of the boys – especially securing two top 20 finishes considering the wealth of Under-18s talent from across Europe that was on show.”

Jamie’s fourth placed finish continues his excellent season and continues hot on the heels of a second placed finish at the Welsh Amateur Open Championship. Joe, meanwhile, caps an excellent first year at the college in which he finished fifth and eighth in the British Colleges and Intercollegiate Tours respectively. 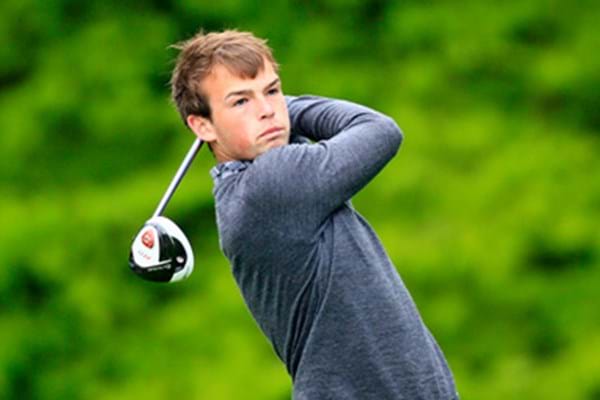