The 26-year-old, who scored 39 goals last season while playing at Shortwood United, spent the pre-season trialling for numerous clubs, including Cheltenham Town and Oxford United.

The Hartpury graduate, who completed a Masters in Sport Management in 2012, now finds himself looking to fire his new club into the Conference, with the London-based club currently sitting in second position in the table.

Two former Hartpury students were also called up to the Gibraltar national squad for their recent UEFA Euro 2016 qualifier against Poland.

Jake Gosling and Louie Barnfather were called up for Gibraltar’s first ever competitive game as they came up against a Polish side spearheaded by Bayern Munich striker Robert Lewandowski.

Gosling, who currently plays for Bristol Rovers, appeared as a half-time substitute in the match, where Lewandowski scored four in a 7-0 victory.

Both Gosling and Barnfather will be hoping for another call-up to the squad’s next qualifiers in October, where they will take on Republic of Ireland and Georgia, before taking on world champions Germany in November. 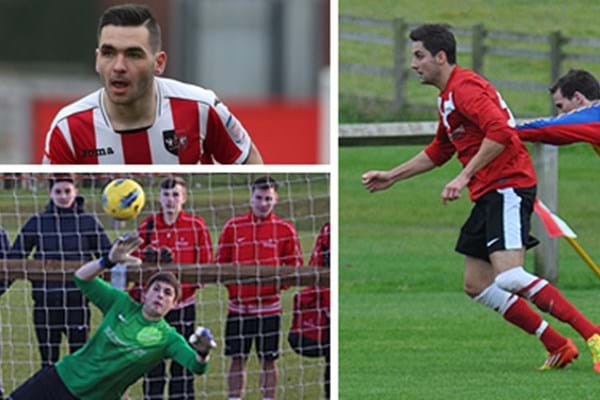