Away from the usual wet weather that has marred previous tournaments, dry weather allowed Hartpury to exercise their usual fast style of play as they saw off Cheltenham’s Pates School in the final after topping their group.

The girls opened their account with a comfortable 19-1 victory over Gloucester’s Ribston Hall and followed that up by scoring 17 without reply against Rednock School. Balcarras provided a sterner test in the final group game to restrict Hartpury to an 8-4 win.

Hartpury, who had racked up 44 points and conceded just five in the group stage, were caught off guard in the quarter-final as opponents Cheltenham Ladies College came flying out of the blocks and pushed Sarah Pretty’s side all the way in a close 9-8 victory.

Pretty decided to switch the line-up for the semi-final and was rewarded with a slick performance which saw Hartpury ease out Dean Close 8-4 to set up a final with Pates.

With two hard-fought games to get to the final, the game against Pates was a simpler affair as the girls in red and black came away 14-4 winners to claim a fourth title and a spot at next year’s Regional Schools Championships.

Sarah said: “There were a lot of tough games today and we really had to fight for our victories from the start. We almost got caught on the back foot in the quarter-finals but I’m pleased with how the girls responded in the semis and the final.

“We did what we needed to today and the girls’ hard work is reflected in the victory but there is a lot to work on ahead of the Regional Schools tournament in January.” 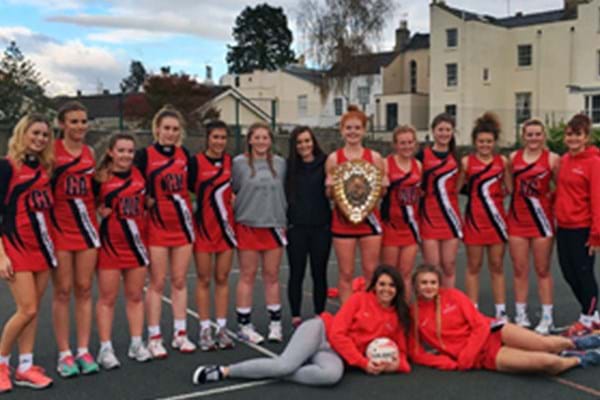