Hartpury’s university football first team got off to the perfect start in their British Universities and Colleges Sport (BUCS) title defence with a 3-0 win over University of South Wales firsts.

After securing the national championship last season with a 1-0 win against Stirling, the team produced a dominant display against their Welsh opponents to begin their BUCS Premier South League campaign with all three points.

Mustapha Bundu got Hartpury off to a great start when the Sierra Leone forward cut inside from the left wing and bent his shot beyond the reach of the goalkeeper after just five minutes.

Hartpury continued to exert pressure on their opponents and eventually put the game beyond doubt with further strikes from Scott Wilson and Joe White sealing a comfortable win.

The Under-19s fourth team claimed all three points with a 2-0 victory in their AoC West Midlands Cat 3B League fixture against Birmingham Met Stourbridge fourths while the Under-19s girl’s first XI shared four goals evenly with Solihull firsts in the AoC West Midlands Cat 3B League to earn a point. The BUCS third team ended their pre-season campaign in style as they put 12 goals past University of Gloucestershire thirds, who managed just the solitary reply.

In the rugby, the Under-18s first team maintained their unbeaten start as they put 65 points on the board against Gosforth firsts in the AASE League, while holding their opponents to a single converted try. The BUCS first XV began their BUCS Premier South A League campaign positively as they came away with a 32-28 win in a tight clash against Bath University firsts.

The Under-18s seconds took on Richard Huish firsts in the AoC League and produced a 57-17 win while the BUCS second team brushed Bristol seconds aside with a 32-7 victory in the BUCS Premier South B League. The BUCS third XV travelled down south to take on Exeter thirds in the BUCS Western 1A League and lost by 10 points in a 31-21 scoreline while the Under-18s thirds lost 26-10 to Worthing firsts in the AoC League.

In the netball, Hartpury’s first team scooped their fifth straight title in the AoC Regional Colleges Championships and you can read more on their success here.

Hartpury’s golfers produced another strong display this week as the ‘A’ team finished top of the gross division in the first round of the Intercollegiate Tour. They then shared top spot with the ‘B’ team in the nett division as George Bryant shot a three under par score of 64 to finish in first place in the individual results. Hartpury golfers Nick Ramshaw secured tied for second place with a 65 while Alex Chalk shot a one under 66 to secure fourth place. 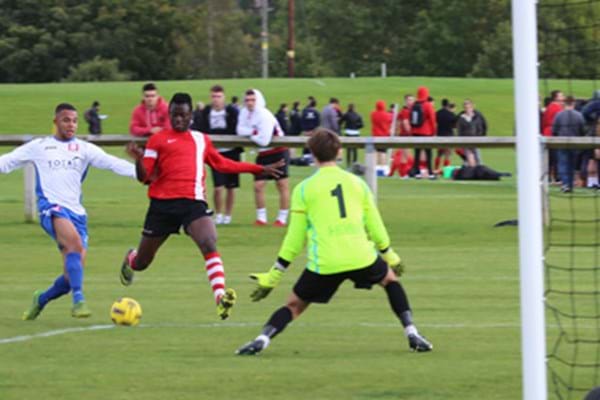