Hartpury College A-level students Nia Evans and Eleri Michael have been selected to play in a prestigious international netball tournament.

The duo have been named in the Wales squad for the Netball Europe Under-21 competition being staged at the University of Worcester on 4-6 October.

Nia, a current member of the Netball Academy at Hartpury, is studying A-levels in Biology, Chemistry and English Language, while former student Eleri took A-levels in Business Studies, Economics and Physical Education.

Holly Duerden, Netball Academy Manager at Hartpury, said: “We’re absolutely thrilled that Nia and Eleri have been selected to represent Wales at the Netball Europe Under-21 tournament.

“It’s a fantastic opportunity for them both to showcase their own special talents against many other promising young netballers.

“I’m sure both girls are providing great inspiration to the current members of the Netball Academy at Hartpury and helping to drive them on to be the best they can be.

“As Nia is still only 17, she should feel particularly proud about receiving a call-up to the Wales Under-21 squad, which is a credit to the commitment and dedication she is showing at Hartpury alongside studying for her A-levels.

“We’re absolutely delighted that our fantastic relationship with Welsh Netball is blossoming – long may it continue!”

Wales will begin their tournament against Scotland on Friday 4 October, followed by matches against England on 5 October and Northern Ireland on 6 October.

Wales Head of Performance Rachel Bayley added:  “Congratulations to all of the players selected to represent Wales at the upcoming Netball Europe championships.

“This is a very exciting squad featuring a great mixture of new and experienced age-group players and we can’t wait to see them out on court in Worcester in a few weeks’ time.”

Students at Hartpury University have access to a range of world-class sports facilities on its 360-hectare campus, including its new £8.8 million Sports Academy featuring netball courts, a biomechanics laboratory, and a human performance laboratory. 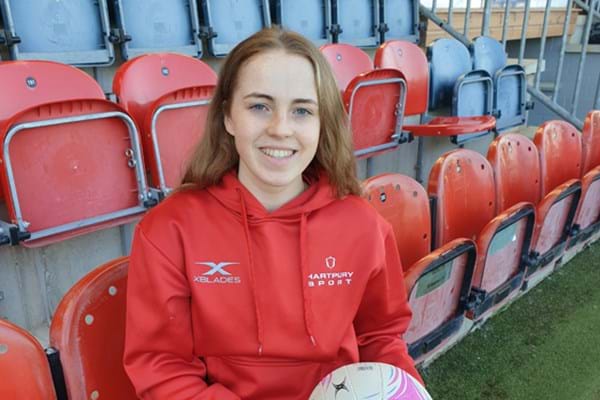