Tom won the vote of the PGA judging panel after being nominated for the prestigious accolade by players and coaches in recognition of his outstanding contribution to coaching.

As Head Coach at Hartpury, which has launched its own golf scholarships, Tom provides tuition to elite golf students at Hartpury College and Hartpury University, to improve all aspects of their game.

As well as 2020 British amateur champion Joe Long, Tom coaches a number of professional players on the international golf circuit, men’s and women’s county players and the Gloucestershire U18s team outside of his role at Hartpury.

Tom, who has been a PGA golf professional and instructor since 2005, said: “I couldn’t be happier to have received the PGA South West Region Coach of the year award.

“It’s a great honour to have been acknowledged by fellow professionals from around the West region.

“I couldn’t have won the award without the group of players who put their trust in me to help them with their games and my work colleagues – they share this award with me.

“I’ve got a great team around me that help push me, and the support that Hartpury has given me over the last few years has been exceptional.

“It’s the people I work with at Hartpury, The Kendleshire Golf Club and Gloucestershire Golf Union who make my job so enjoyable, and I am very lucky to have a job that I truly love.

“The past 12 months have been very hard and we’ve faced some really tough challenges in golf as a profession, but the players have adapted really well to the changes."

The PGA, which was established in 1901, is the professional body which represents the interests of teaching and club golf professionals in the United Kingdom and Ireland.

Robert Moss, PGA South West Regional Manager, said: “Many congratulations to Tom on winning the award, which is recognition from his peers of the outstanding work he does not only within the community but further afield.”

Students from Hartpury’s Golf Academy, which is managed by former touring professional golfer Matt Ellis, won a number of competitions before the pandemic struck last year.

They include the Junior European Open 2019, the British Schools and Colleges Ladies Open 2019 and a British Universities and Colleges Sport Golf league, as well as team and individual titles at the Intercollegiate Tour (ICT) finals and AoC Sport Championships.

Golf students at Hartpury have access to a wide range of facilities on campus, including a 10-bay indoor range, a 5x4m indoor putting green, a USGA short-game area and an outdoor artificial putting green.

As well as tuition from Tom, golf students can also access local courses and professionals on a regular basis. 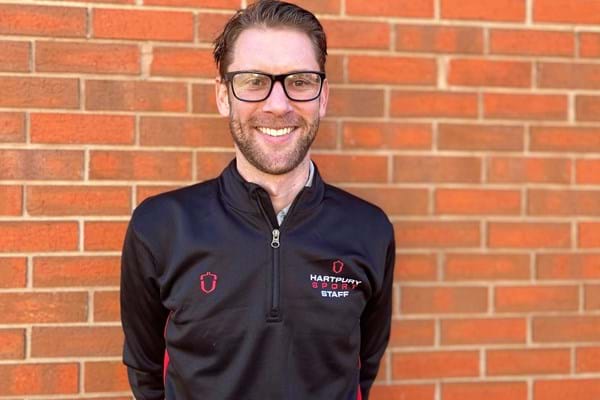