It’s often said that a major sign you’re getting older is when you struggle to recover from exercise as quickly as you did back in your younger days.

The same body that could cope readily with a weight-training session at the gym 20 years ago will ache for hours after bringing a few bags of shopping in from the car, or so the assumption goes.

But according to a new study involving experts from Hartpury University, the commonly held belief that it takes longer to recover from exercise as the years go by, appears to be based on very little sound evidence.

Regular resistance training, such as lifting weights or through the use of a power band, is understood to decrease the risk of heart disease by lowering body fat, decreasing blood pressure and reducing cholesterol.

The research team wanted to find if there were any difference in the length of time it took men aged 35 and upwards to recover from resistance training than younger men aged from 18 to 25.

Their research paper – published in the United States’ Journal of Aging and Physical Activity – found that in a handful of studies older men did take longer to recover and exhibited more signs of muscle damage, such as soreness, from resistance training than younger men.

However, in the majority of cases there was actually no difference between age groups and in some examples, in fact, older men recovered more quickly and showed fewer signs of muscle damage than younger males.

Listen to an interview with Dr Fernandes:

Dr Fernandes, Programme Manager for BSc (Hons) Sport and Exercise Sciences at Hartpury University, said: “Our research contests the suggestion that ageing is associated with greater muscle damage and impaired recovery, with everyone I’d tested or spoken to previously about ageing and recovery thinking it took longer.

“In fact, more than half of the available studies have noted that older males experience similar, and even less severe, symptoms of muscle damage than their younger counterparts.

“Collectively, these data refute the anecdote that aging is associated with an impaired recovery from exercise.

“We hope our new study may encourage further research into this important health issue, notably into the muscle response to resistance training in older females, about which relatively few studies have been carried out.”

Dr Fernandes is hoping the study will encourage older men to take part in some type of resistance training for the benefit of their long-term health and wellbeing.

“Loss of strength and muscle mass through the ageing process can have a negative impact on quality of life and daily functioning,” he added.

“Resistance training, which refers to any form of exercise where you lift or pull against resistance, has been shown to be an effective method of offsetting these age-related changes and, as such, is included in national physical activity guidelines.

“Encouragingly for older men, our study suggests they can carry out resistance training without concern for impaired recovery, which can only be extremely beneficial for their long-term health and wellbeing.”

Ben Drury is the MSc Strength and Conditioning Programme Manager at Hartpury University, which is a Higher Education Partner of the Chartered Institute for the Management of Sport and Physical Activity (CIMSPA). 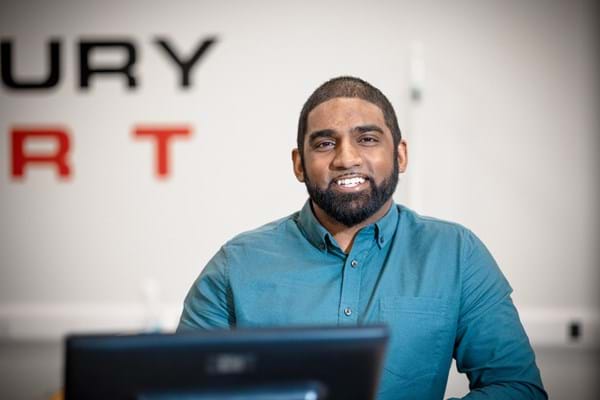