While the players performed heroics on the pitch, Scott, who studied FdSc Sport Performance and a BSc (Hons) Sports Studies Top-Up at Hartpury, has been at the heart of operations away from the spotlight as a first-team performance analyst at Ibrox.

“Winning the league has been an incredible experience for everyone at the club,” said Scott, who joined Rangers in 2019 from Liverpool, where he was the Lead Academy Analyst.

“It’s the first time I have been involved in something of this magnitude and we can’t wait to share our joy with the supporters when they’re allowed back into stadiums. That’s when I think it will really hit home that we’ve done something very special.”

Scott and his colleagues in the analysis department work closely with Rangers manager Steven Gerrard and the first-team coaching staff and players on a daily basis, providing them with evidence-based insights and ideas to help them continually improve performance.

Scott’s role focuses mainly on post-match video analysis, highlighting where the team and individual players executed aspects of the game plan well and where performances might be improved.

“As a department, our role is to support the coaches and the players effectively in training and in preparation for matches and post-match, in order to maximise performance,” said Scott.

“I cover most of the post-match analysis and the individual development of players, identifying both positive and poor practice in order to better the individual and the team.

“I’ve always been video driven, so I support a lot of the work I do through video, but we’re able to provide statistical data where necessary to make a case stronger.

“I’ll provide the coaching team with an overview of the latest game, compare it to how they’ve seen the game themselves, and we’ll have a positive discussion about how we move forward and what’s the best practice that we could use again.”

Scott reflected on how his four years studying and playing football at Hartpury, which recently launched a new MSc Applied Performance Analysis in Sport programme, had helped to launch his career in sports performance analysis.

He had enrolled on the FdSc Sport Performance course after failing to win a professional contract at West Bromwich Albion, though he subsequently returned to The Hawthorns while staying on to study the BSc (Hons) Sports Studies Top-Up thanks to Hartpury’s connections with the club.

“Through Hartpury, I was able to do a year’s unpaid performance analysis internship at West Brom in my final year, which was fantastic,” said Scott, who was a member of the Hartpury team that won both the 2011 BUCS National Championship and BUCS Premier League.

“The opportunity to play football at a good level was one of the attractions of Hartpury, but not only that, it was important to me that the courses were specific to what I needed at the time, and that’s stood me in really good stead moving forward.

“The sports facilities were really good when I went there, but I understand that they’ve even gone up another level now, so I’m looking forward to visiting them when I’m able.

“I really enjoyed my time at Hartpury, it was special. I made a lot of close friends there who I still speak to regularly.

“The whole experience of going to Hartpury has played a massive part in my career – I’m so very glad I went there.” 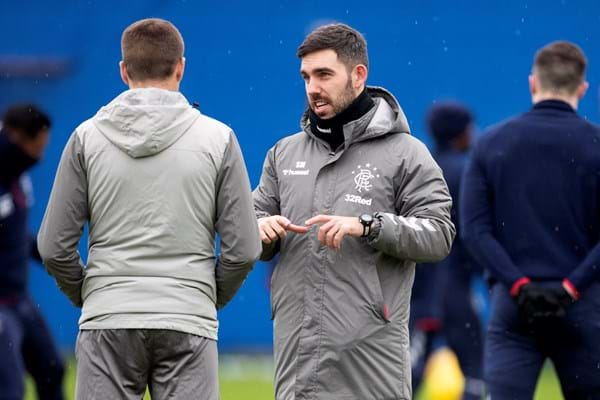