A report co-authored by Hartpury University’s Academic Dean, Prof Steve Draper, has shown drumming for just 90 minutes each week can improve the life quality of young people diagnosed with autism.

The study was undertaken by experts from the universities of Hartpury, Chichester, King’s College London and Essex, working under their collective group the Clem Burke Drumming Project, named after its co-founding member and famed Blondie musician. The researchers found that learning to play the instrument tuned brain networks in autistic adolescents in as little as eight weeks and will use the novel findings to shape future studies in areas such as emotional and behavioural difficulties, attention deficit, stroke, and dementia.

Autism is a lifelong neuro-developmental condition and is estimated to affect one in 100 people.

As part of the study, a group of participants with no drumming experience were given two 45-minute lessons each week across a two-month period. Each volunteer, aged between 16 and 20 years old, undertook a drumming assessment and MRI scan before and after the intervention, while their guardians were asked by the researchers about recent behavioural difficulties.

Results showed that participants who improved their drumming skills showed fewer signs of hyperactivity, inattention and repetitive behaviours and demonstrated better control of their emotions. MRI scans also revealed changes to their brain function which, according to the study, were linked to overall behaviour. Hartpury continues to work with partners in Gloucestershire and nationally to improve access to drumming and how we teach drumming.

Prof Stephen Draper, Academic Dean at Hartpury University and report co-author, said the paper represents a landmark moment as the scientific team begins, through advanced imaging, to understand why drumming is such a profound stimulus.

He added: “Over a number of years we have been made aware of cases of drumming benefitting individuals with autism spectrum disorder, or ASD, and have subsequently worked with a number of individuals, schools and projects where we have seen first-hand the effects.”

Researchers leading the study, which was published in renowned neuroscience journal the Proceedings of the National Academy of Sciences, found that, following drum training, adolescents had improved synchronicity between brain regions responsible for inhibitory control, which prevents impulsivity.

The project, which was funded by the Waterloo Foundation charity, is the latest study by the Clem Burke Drumming Project that has, for the last decade, investigated how drumming can impact brain development.

Scientists from the Clem Burke Drumming Project will be speaking about the study at a conference on Wednesday 13 July, hosted at the University of Chichester, with free tickets available at thesciencebehindthesticks.eventbrite.co.uk.

The team also intend to expand their drumming research and are looking to collaborate with schools or organisations working with people with ADHD, dyspraxia, dementia, and traumatic brain injury, and can be contacted at clemburkedrummingproject.org. In 2020, the group revealed the science behind the benefits of rock-drumming and how it can re-shape the brain to improve movement control.

Hartpury was recognised for its ‘world leading’ research in this area in the REF results published earlier this spring, placing Hartpury amongst a prestigious group of well-established institutions.

The REF is a UK-wide assessment of the quality of research in universities undertaken by expert review panels and is undertaken on behalf of Government by the funding councils for higher education. The results establish Hartpury as a leading research centre for sport and exercise sciences, and in particular for equestrian sport. 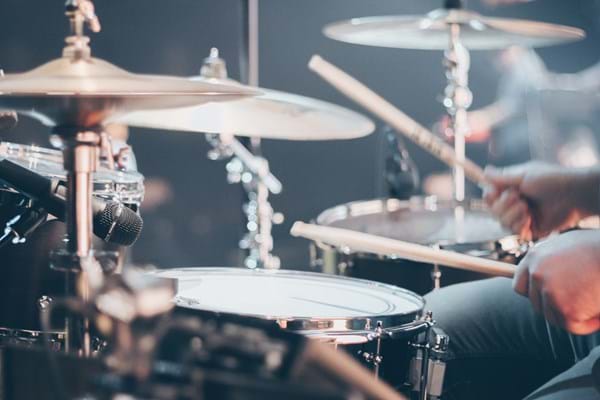