The Rugby Football Union (RFU) have today confirmed that Gloucester-Hartpury are one of eight teams to be offered a place in the 2023-24 Allianz Premier 15s competition. During a thorough tender process, Gloucester-Hartpury submitted a strong proposal to provide a sustainable and exciting future for the women's game in Gloucestershire.

Hartpury University and Hartpury College's Vice-Chancellor, Principal and CEO Andy Collop issued a joint statement with Gloucester Rugby's CEO, Lance Bradley agreeing that confirmation of Gloucester-Hartpury's place in next season's competition is another key step in developing the future of women's rugby in Gloucestershire.

"We're delighted to see Gloucester-Hartpury's position confirmed for the 2023-24 Allianz Premier 15s season. Following our announcement over the summer of substantial additional funding being invested into the Gloucester-Hartpury programme, we believe that we are in a prime position to be at the forefront of the continued rise of women’s rugby.

"Together at Gloucester Rugby, and Hartpury University and College we have developed a robust plan to provide a sustainable pathway for the women's game in our proud rugby county and we're hugely excited about the road ahead of us."

The ‘cherry and whites’ currently sit at the summit of the Allianz Premier 15s table and are set to take on DMP Sharks on Sunday at the Alpas Arena at Hartpury (2pm kick-off).

The close partnership with Gloucester Rugby has no doubt helped to shape Hartpury’s well established rugby pathway. Historically, this has provided a route for many talented players to progress into the professional game. Just last year, Zoe Aldcroft was named World Rugby’s women’s player of the year, while Natasha ‘Mo’ Hunt helped Gloucester-Hartpury to a nine-try rout against Saracens recently. The men’s game has also seen monumental success as players have represented their country in tournaments such as the Six Nations.

The RFU can confirm that eight clubs have been selected via the tender process and offered a place in the Allianz Premier 15s competition from the 2023-24 season, subject to the signing of shareholder and other agreements.

The clubs selected at this stage, following a competitive tender process which saw strong proposals submitted, are:

The league has capacity for ten teams and while a number of clubs have not been selected to enter at this stage, there is potential for clubs to join the league at a later stage. The RFU and Women’s Premier 15 Ltd (WP15) will continue to work with these clubs on their potential to participate in the league.

The selection panel also made a strong recommendation for the RFU and WP15 to explore how greater geographical spread can be provided in the league.  This process will begin in January when discussions with clubs and institutions will take place and will form part of the RFU’s wider review of the women’s competition structure in England.

The RFU, as part of the women’s competition review, has been working for the past six months to develop a solution for those clubs that have not been offered a place at this stage and those that wish to join Premier 15s in the future, now it knows who has been impacted it will move forward with the final stage of that work.  The RFU will be working with clubs to consult on and discuss options in the New Year.

Clubs that have not been offered a place in next season’s Allianz Premier 15s can appeal and this process will aim to conclude by the end of February.

Alex Teasdale, RFU Women’s Game Director said: “I would like to thank all the clubs currently in the the Allianz Premier 15s competition for their part in developing it into the success it is today.   Their contribution has been invaluable, and the league has set standards around the world for the women’s game.

“We had a good range of clubs and institutions submit proposals and we would like to thank them for all the hard work, time and energy they put into the tender process.”

Charlie Hayter, RFU Women’s Rugby Performance Manager, said: “This process is part of the 10-year strategy for the Premier 15s which aims to build on the current league’s success and continue to push the league forward as the most competitive, progressive and sustainable in the world.  We want to create a league which inspires both players, and fans, and continues to develop talented athletes at the elite level.

“This will happen concurrently with work on the wider women and girl’s plan to accelerate the growth of the women’s game in this country.” 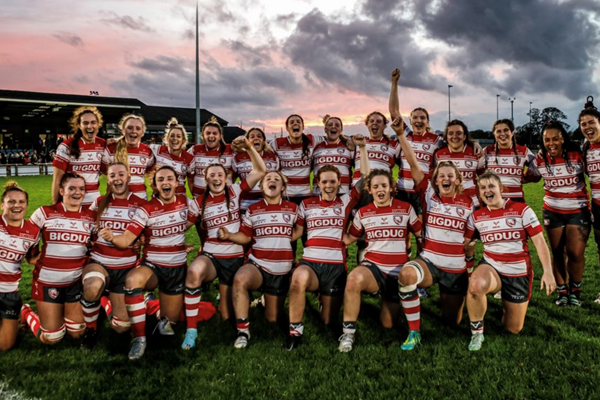