Hartpury alumna Zoe Aldcroft and alumnus Louis Rees-Zammit have been named as shortlisted nominees at the World Rugby Awards 2021. The duo gives Gloucester Rugby and Gloucester-Hartpury Women’s RFC a strong hand at this year’s event.

Zoe Aldcroft is nominated for World Rugby Women’s 15s Player of the Year alongside compatriot Poppy Cleall as well as France’s Caroline Boujard and Laure Sansus. Nominees in this category were chosen by a glittering international panel although the winner will be decided by fans with public voting now open via the World Rugby website. Click here to vote.

Zoe began her Hartpury experience by studying a Level 3 Extended Diploma Sport (Rugby),moving on to study the BSc Sport and Exercise Sciences degree before eventually becoming a Hartpury coach. Alongside her studies, Zoe developed her rugby career through the Hartpury women’s rugby academy. The 24-year-old has featured in every Gloucester-Hartpury game in this season’s Allianz Premier 15s competition and scored a try in their recent win over Sale Sharks Women.

Sean Lynn, Head Coach at Gloucester Hartpury Women and Head of Women’s Rugby at Hartpury said: “I’m absolutely thrilled to hear that Zoe has been nominated for such a prestigious award. She always shows a high work ethic in her game and particularly enjoys coaching our Under 18 girls at Hartpury College, where she is actively inspiring the next generation. I’d encourage everyone to vote for Zoe!”

Louis Rees-Zammit has been nominated for Breakthrough Player of the Year alongside New Zealand wing Will Jordan, Australia’s Andrew Kellaway and England fly-half Marcus Smith who was a Lions team-mate of Louis in the summer. The winner of this category will be decided by a judging panel rather than a fan vote.

The 20-year-old is a former Level 3 Extended Diploma Sport (Rugby) student at Hartpury College. He was also named as the Rugby Players Association’s Young Player of the Year in the 2019/20 season.

He received high praise from Wales head coach Wayne Pivac at the weekend, following their 38-23 victory over Fiji. With the score at 24-23 in the 74th minute, Louis stunned Fiji and supporters at the Principality Stadium with his trademark turn of speed to beat fly-half Ben Volavola to the ball. The Gloucester back now has six tries in just 11 Tests for Wales.

Tom Radcliffe, Director of Elite Sport at Hartpury said: “Congratulations to both Zoe and Louis for being nominated at this year’s World Rugby Awards. Zoe is an integral part of the Hartpury coaching team as well as being an outstanding player. Likewise, Louis continues to impress on the international stage and his performance against Fiji was outstanding.

“More than 200 Hartpury alumni have played international rugby or signed professional contracts around the world, and individuals like Zoe and Louis continue to inspire current and future students to follow in their talented footsteps.” 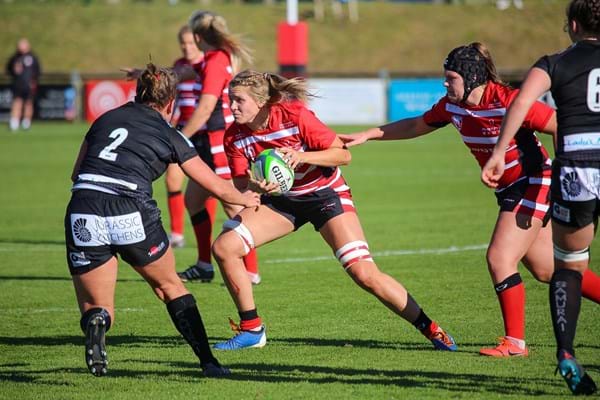