Worcester Futsal Club (WFC) has been rebranded Hartpury Futsal Club (HFC). The rebrand brings Worcester Futsal under the Hartpury name and into Hartpury’s prestigious sporting family. This full integration will bring players, coaches, and staff under one unified club that can now plan an exciting competition pathway within the FA National Futsal Series (NFS) and BUCS.

Worcester Futsal Club was established in 2016 and has since seen a monumental rise to the top level of the English futsal pyramid. Both Men’s and Women’s teams compete within the FA National Futsal Series (NFS), in which the champions earn qualification to the UEFA Futsal Champions League.

Hartpury first established a partnership with WFC in 2020 and this has acted as a major catalyst for club developments on and off the court. The club has benefited from access to Hartpury’s state-of-the-art facilities while students have enjoyed the opportunity to compete in the FA NFS Tier 1. Use of the facilities within Hartpury's Elite Sports Academy, in alignment with an increased player pool and top-level coaching, has cemented the club as a leading provider of elite level futsal in the UK.

Several Hartpury students are heavily involved in the teams including standout players Rudi McKinnon– BSc (Hons) Physical Education and School Sport, and Jade Grove – BSc (Hons) Sport and Exercise Sciences, both of whom have won BT Sports player of the match awards.

Luciana Silva, who has a busy role as BUCS Head Coach alongside her role as Principal Lecturer (Coaching/PE) at Hartpury University, has been leading the WFC Women’s programme and will continue in the role as Head Coach of HFC’s Women. She brings extensive coaching experience to the role having navigated her university team to win 16 of their 17 games this season, picking up a promotion to the Premier League for the first time in Hartpury history and lifting the BUCS Sport National Futsal Trophy following a thrilling victory against Edinburgh University at St George’s Park.

Pete Vallance, a former England U19 Head Coach, will continue in his role as Head Coach of the Men’s side. He said: “We’re thrilled to rebrand with our partner Hartpury as we start a new chapter in our club’s development. The elite training facilities and athlete support that Hartpury offers is second to none and will be instrumental as we look to develop our student and external players through the Futsal programme.

“Fundamentally we believe that rebranding to Hartpury Futsal Club will achieve instant identity as to 'who we are' & 'where we are based', providing clarity to aspiring individuals from across the country and beyond, thereby contributing to the long term sustained growth/ success of our programme.

“We look forward to continuing our success in the top tier of English Futsal, competing in the FA National Futsal Series across both the Men’s and Women’s competitions under our new club banner of Hartpury Futsal Club.”

Broadcasting giants BT Sport have recently secured a 3-year deal to showcase the FA National Futsal Series to a growing audience. Within the past season, up to 100,000 live viewers have tuned into match-day fixtures. This increase in global exposure will ensure widespread acknowledgment of the developing futsal programme, in addition to providing holistic awareness of unique student athlete opportunities on offer at Hartpury University and College.

WFC’s social media accounts have also seen a name change, rebranded in line with Hartpury’s familiar acorn brand. The acorn will become even more iconic in the coming years as a new five-year kit deal was announced earlier this week with Elite Pro Sports to develop the brand. 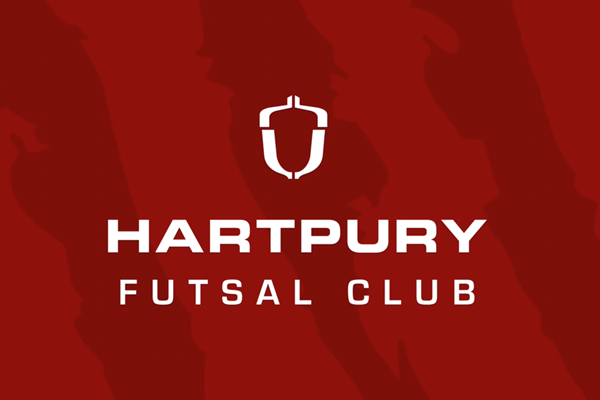