Hartpury’s men wrapped up the British University and Colleges (BUCS) Premier South League title by winning eight of their nine pre-Christmas matches. With just one January fixture remaining, they have retained their Premier League crown.

Marc Richards, Assistant Director of Elite Sport at Hartpury said: “The hard work of all involved has paid off and we’re delighted that the squad has won the BUCS Premier South League title once again.

“Despite another challenging year, the players and backroom staff have applied themselves professionally and enthusiastically. The results across both our men’s and women’s teams this year is testament to the Hartpury Football Academy’s well-established pathway. As a TASS Dual Career Accredited Site, we provide students with the support they need to fulfil their sporting ambitions alongside studying for a range of high-quality academic college or university qualifications.”

The team comprises of 16–26-year-old student-athletes from college, undergraduate and postgraduate levels of study. They combine their FC commitments with their academic studies in what is a full-time football education programme with the aim of maximising their potential. For some, this will result in them realising their dream of becoming a professional footballer. Many others will progress into supporting roles in areas such as coaching, strength and conditioning, sports business, sports therapy, nutrition and performance analysis, helped by a diverse range of college diplomas and university degrees.

Head Coach, Dr Martin Longworth said: “It’s been a brilliant start to the season and we find ourselves still in three cup competitions and top of the league. Not only that, but we have a great bunch of student-athletes who’ve each contributed to our team culture. Whilst the results speak for themselves, it’s the process of how we’ve got there that impresses me most and I must pay tribute to the individuals on the pitch and also behind the scenes. Let’s hope we can continue the good work in 2022.”

In the ESFA Under-18 Super League, Hartpury’s women will face Sandwell in the knockout phase of the competition. Hartpury student and Junior Women’s first team player Jessie Wills (BTEC Level 3 Extended Diploma Sport and Exercise Science) has picked up her first England cap having been selected for the ECFA national team.

Off the pitch, Hartpury has established the Women’s Football Academy Coach Development Group for its women’s football players who also have an interest within the Coaching Pathway. The workshops provide a unique opportunity to learn more about qualifications available along the FA Coaching Pathway and are delivered by Stacey Miles, Regional Coach Development Officer at the FA.

A partnership with Worcester Futsal Club means Hartpury was allowed to offer its players a pathway to the top level of futsal in England via the National Futsal Series – Women’s Super-Series North Division. A total of 14 current and former Hartpury student-players are registered with Worcester Futsal Club helping to secure top spot in the league, despite the club only being founded six months ago. In the second semester, the top four teams from the south will face the top four teams from the north.

Leah Burridge, current Women’s Football and Futsal Manager has been well supported by Jessica Screen (MSc Sports Coaching student), Antonia Butcher (Senior Women’s Football Head Coach) and Luciana Silva (Futsal Head Coach). Leah combines her role at Hartpury with playing at Bridgwater Town Women, where she is due to play Manchester United Women in the next round of the FA Cup on 30 January 2022.

Students have the opportunity to improve all aspects of their game with access to leading specialist facilities including two all-weather 3G pitches and three grass pitches. In addition to Sports Academy facilities such as human performance and biomechanics laboratories, a support team comprising strength and conditioning coaches, physiotherapists and nutritionists complement athlete preparation and analysis. As a Dual Career Accredited Site, Hartpury is an important extension of a network of universities partnered with TASS – which is backed by Sport England – delivering core support services to student athletes. 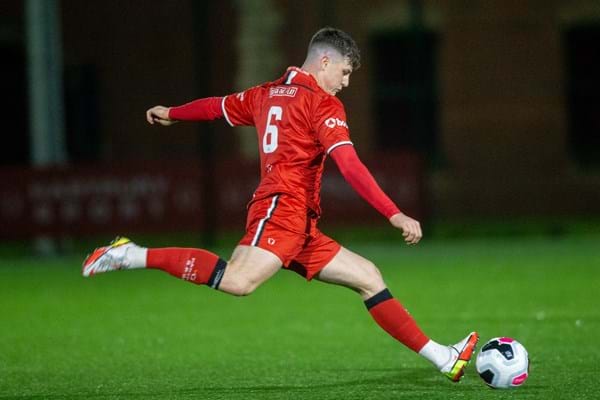