Individual and team successes continue from current and former students at both Hartpury University and Hartpury College. The Netball Academy is also considering welcoming male netballers from September 2022 and introducing a mixed team.

Niamh Skillicorn and Nia Evans represented the Isle of Man and Wales respectively at the Under-21 Netball Europe Open on the international stage. Skillicorn, a Level 3 Extended Diploma Sport and Exercise Science student, earned her first cap in 2020.

Nia Evans, Wales’ Under-21 Captain and Hartpury College A-level alumna said: “Being at Hartpury helped shape me as an athlete both on and off the court. With the help of high standard coaching, I have achieved my goals that I’ve been working towards for many years. I’ll always be grateful for the experience.”

At only 18 years old, Jersey-born Lily Jones, who formerly studied A-levels at Hartpury College, has been selected in the squad for Team Bath in the Vitality Netball Super League 2022 season.

“Leaving Jersey at 16 was daunting for me but coming to Hartpury and balancing my netball with my A-levels was the best decision for me as a student-athlete. The support I received from the Hartpury Netball Academy coaching team was amazing – they really helped me along my netball journey,” she said.

A-level students Trinity Lango and Thea Thompson are part of the Team Bath Under-18 and Under-17 squads respectively.

Holly Duerden, Hartpury Netball Academy Manager, said: “I’m incredibly proud of the direction of the Hartpury Netball Academy, particularly during the last five years. Our representation on the England Netball Pathway proves that our athlete-centred programme is working and we’re passionate about helping student-athletes pursue their sport while studying for an academic qualification.

We have some extremely exciting developments heading into our new five-year plan and I would urge all FE or HE student-athletes, male or female, to get in touch if they want to pursue netball alongside their studies. Prospective students considering Hartpury can also rest assured that they’ll have access to a wide variety of netball opportunities while studying, whether they wish to compete at the elite level or simply for fun and fitness via our Hartpury Active project.”

Students wishing to join the Hartpury Netball Academy (or any of the 10 competitive Sports Academies) whilst studying for a high-quality college or university-level qualification, will benefit from world-class training facilities. These include biomechanics and human performance laboratories; home to an anti-gravity treadmill, altitude chamber and high-speed cameras to track body movement, a new sports hall and sport performance gym, alongside coaching, physiotherapy, and strength and conditioning support. 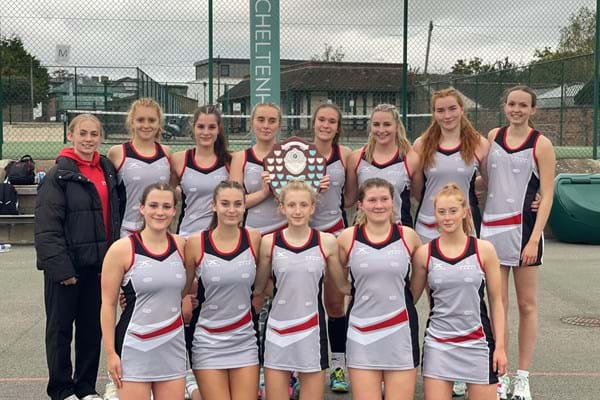