Ben studied at Hartpury and now oversees Paris St Germain’s soccer school, which run throughout the summer for children aged six to sixteen years at a range of different venues worldwide. He has already worked in Qatar and Morocco and with other schools in India, Brazil, and New York and now they’re looking at expanding operations across other continents.

"Every module of my course provided me with the knowledge to succeed in an environment that was like a professional football club. As a requirement of my course, I had to secure a work placement and the lecturers at Hartpury University supported me fully and helped me gain a placement at PSG Soccer School. I impressed in the coaching sessions I delivered and was offered a paid contract to work with PSG the following summer. Then, after I finished my degree, I was offered the position of assistant coach with the Under-17s. After two successful seasons with them, I took on a similar role with the Under-15s and was then offered the role of sports director." 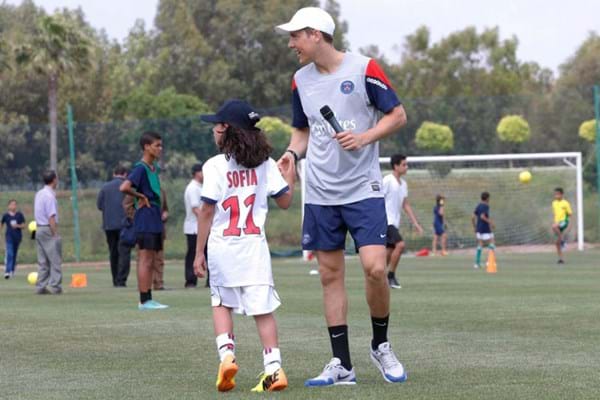