Johanna studied BSc (Hons) Zoology at Hartpury and completed a placement year in Kenya, working on a conservation project.

"For my work placement year, I worked in a conservation project in Kenya called Colobus Conservation. As part of that placement, I was the new release co-ordinator for a hand-reared Angolan colobus monkey called Betsy. When I started at Colobus, Betsy was spending a lot of time seeking mischief and I suggested that 'clicker' training could help reverse her behaviour and give her a better chance of returning to the wild. The idea was that the click and reward system causes Betsy to feel positive when she is spending time in trees, foraging more independently and ignoring people. It was also used to reward any form of interaction with wild colobus, which could then help to integrate her into a troop and one day herself become wild again. I then moved on to ‘target training' with her; teaching her to come towards, touch or stay by an object. This reduced the need for human contact when manoeuvring Betsy from one spot to another, particularly in the trees."

"I chose to study Animal Science to achieve my dreams. One of my life goals is to work with orangutans in a sanctuary. I’d also like to go on to campaign for better conditions for production animals. I aim to find a position within a non-governmental organisation where I can use the skills Hartpury University has given me and hope to change the future welfare of these animals through education and improved legislation." 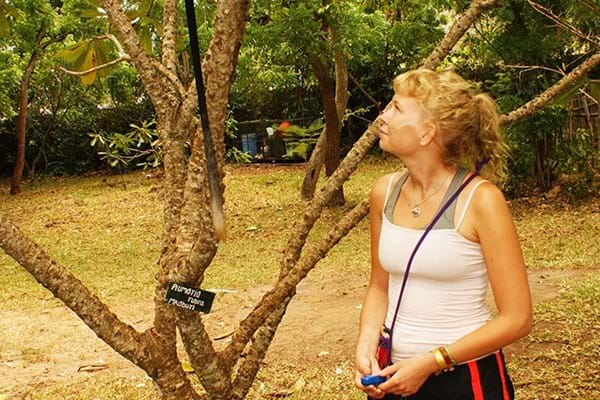