Meaghan started at Hartpury University in 2008 studying FdSc Equine Sports Science and was a part of the elite eventing academy for the three years of her undergraduate programme.

She moved up to the advanced level in eventing, Competed at the Hartpury CIC*** and many other major international events such as Chatsworth, Barbury and Houghton Hall. Meaghan says “The help I received from Nick Burton while on the academy was very influential to my success at the advanced level with my horse Ahlerich. Being a part of the academy introduced me to many people involved in eventing in the UK and as well as help me meet some of the current owners of my horses.”

Meaghan has just launched her own business ‘Marinovich Eventing’, where she has a variety horses in for training and sales, as well as being in control of a small breeding operation in the United States. Meaghan personally owns a 7 year old mare, Klicquot, who has competed at the CIC* level and will look to upgrade her this fall. Meaghan says “She is very special to me and I think that she will have a very bright future as an upper level event horse and hopefully maybe an American team horse." 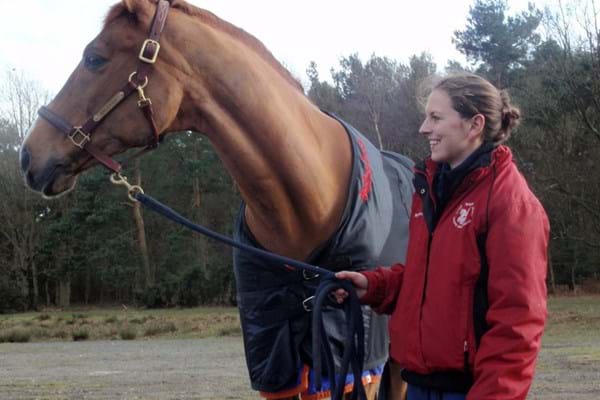